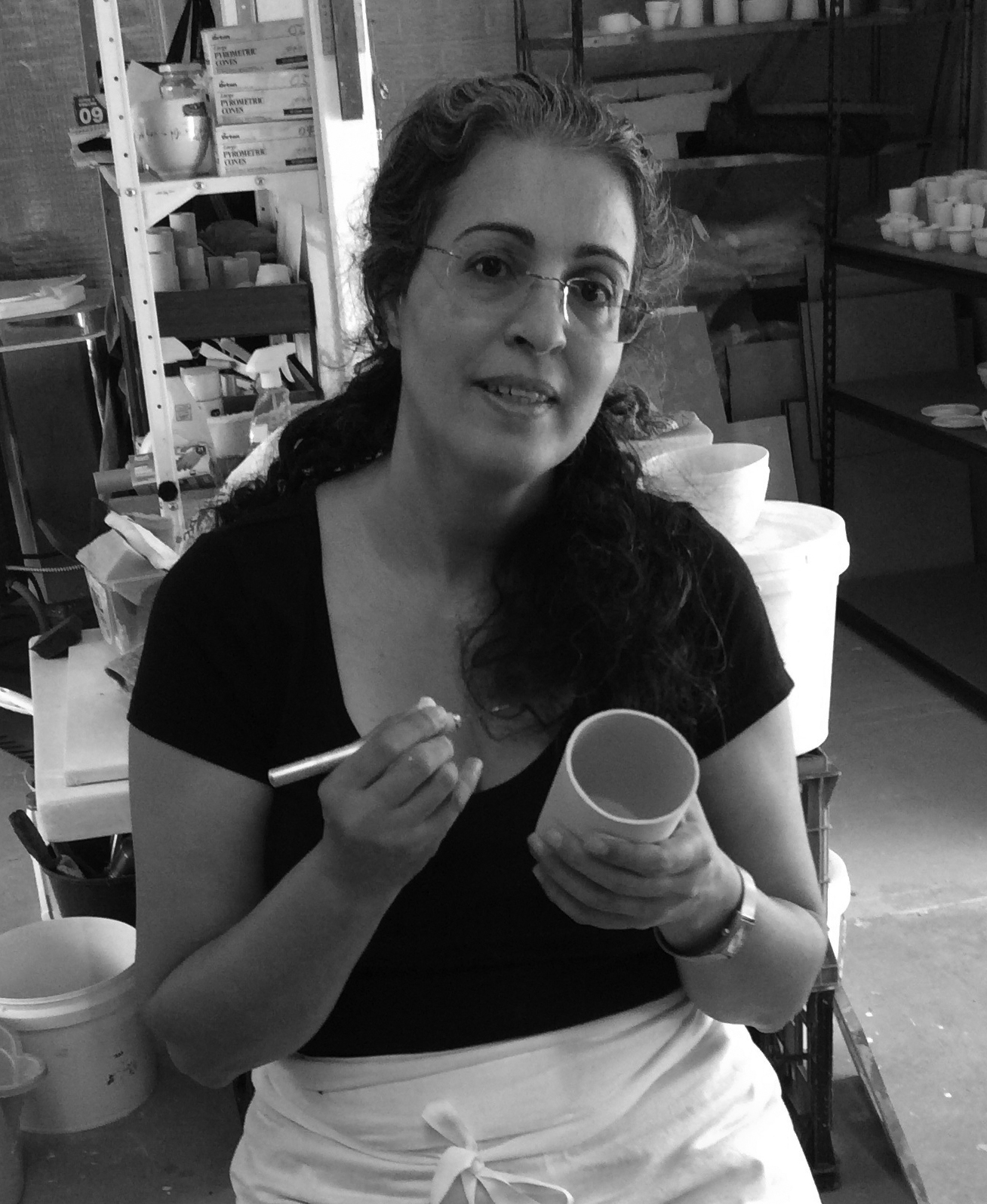 Space is a primary component of my work and the consideration of interior space and external design is elemental to the aim of building intimate hand made objects. The Architecture of Space has defined itself as the focus of this artistic exploration.

The challenge I have set is to respond to the interchange between vertical forms and the manipulation of the rim at the top of the work,supported by a strong foundation at the base reminiscent of structures.  These works reflect and resonate with the urban environment. The surface patterning and linear decoration refers to shade and foliage that may influence the built structure.
The edge of line - Cutting edge - Soul of line - Embodied in line - Curve Sleek. 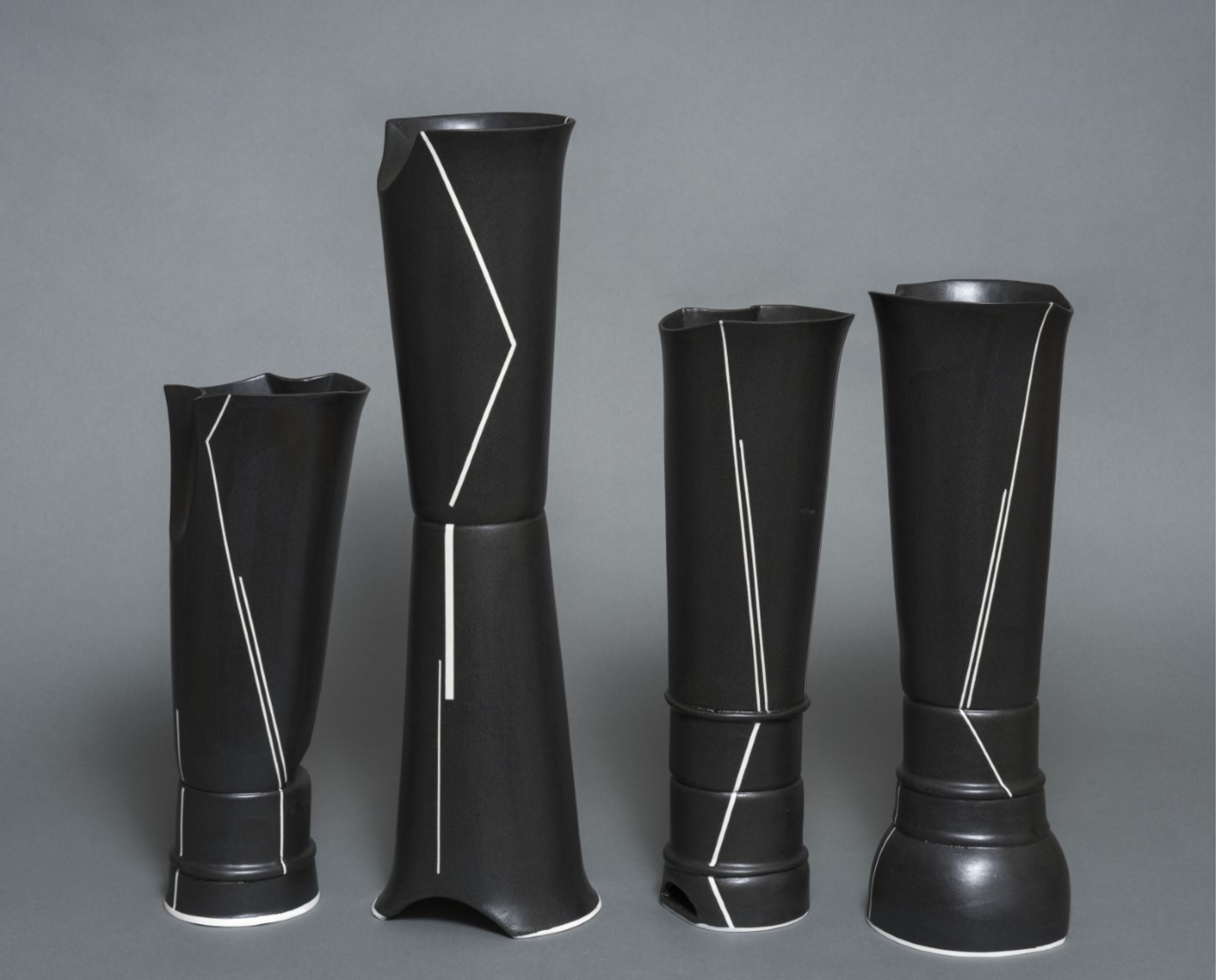 Sarit Cohen is a graduate of the Australian National University - School of Art, as a Ceramics Major, mentored by Alan Watt & Heroe Swen. Following her graduation she completed a Diploma in Education at the University of Canberra, which enabled her to practice as a teacher. During this period she received the Doug Alexander Memorial Award for Decorative Surface with the Canberra Potters Society.

Sarit Cohen has completed residencies in Europe and In China; Skaelskor in Denmark, several years later in Switzerland and in 2009 Jingdezhen China. These opportunities have significantly contributed to her work in the areas of porcelain casting & porcelain manipulation. In 2007 received a major equipment grant from the ACT Arts Council to carry on with these experiments and in 2009 traveling grant to do a residency in China.

Sarit has contributed to numerous group & survey shows over the last 20 years, notably the USA, Denmark, Kecskemet, Hungary, Israel & Australia. Her works are in public & private collections in these countries.

Sarit’s work bares the influence of her childhood spent in Israel of Indian & Turkish parents. Her memories of the desert, its surfaces & dry atmosphere are constantly evidenced in her objects. This, together with an increasing curiosity about her Indian background, forms the basis of her research.  Although she has lived in Australia for more than 30 years, the conflict in the Middle East has been with her constantly & continues to emerge in her work by embracing iconography, design & stories from other cultures in the region.

Sarit Cohen is a graduate of the Australian National University - School of Art, as a Ceramics Major, mentored by Alan Watt & Heroe Swen. Following her graduation she completed a Diploma in Education at the University of Canberra... READ MORE...